History of the Gorham’s Pond Watershed

In 1640, the New Haven Colony bought title to the land where the Rippowam River meets the Long Island Sound from the Siwanoy Indians. The Eastern Boundary was the Pine Brook, or the Goodwives River, as it is known today. Settlement in earnest began around 1700 when roads were first cut into the “woods.” A number of houses were built at an early date near Gorham’s Pond. In 1708, Richard Scofield and Thomas Youngs were granted a permit to erect a gristmill and dam at the mouth of the Goodwives River where the Rings End Bridge stands today.

Throughout the 18th Century, this small inlet was the bustling mercantile trading center of Middlesex Parish. Vessels from New York, Eastern Connecticut and even the West Indies would pull up at high tide and trade with the merchants gathered there.

Captain George Gorham, a merchant and sea captain, bought the Mill in 1740 and it remained in his family for nearly 200 years. Darien’s official Town Seal, a painting by John Stobart, depicts the Mill and Bridge at Gorham’s Pond.

During the War of American Independence, Darien was a key stopping and re-provisioning point for many of Washington’s troops. Despite significant Tory sentiment in the area, many citizens welcomed the bedraggled soldiers. There is a historical marker at the head of Goodwives River Road commemorating Washington’s March to Fairfield.

Until the advent of the railroad in 1848, Darien remained a small rural community of about 1000 farmers, shoemakers, fishermen and merchants engaged in coastal trading centered around Gorham’s Pond. Once the railroad was established, the Town grew quickly. Farming and fishing were the predominant industries, providing  growing metropolitan areas with key foodstuffs. 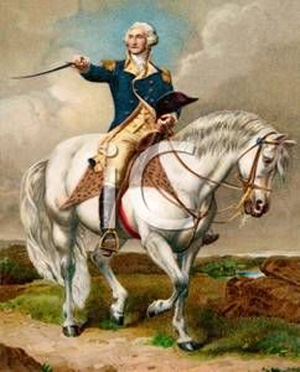 George Washington and his army marched through the Gorham’s Pond area on his way to Fairfield during the American Revolution. 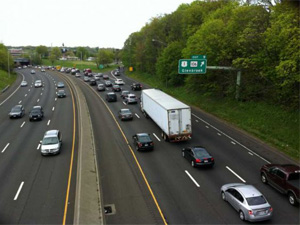 The Gorham’s Pond watershed has become clogged due to runoff resulting from the construction of Interstate 95 in the 20th century.